You are here: Home / Archives for Uncategorized

I have organised a sweet little prize this month….yes, my aim is to be far better organised this year…so far I’m on track!

A cute miniature Embroidery Hoop Pack for you to make your own mini brooch….or even necklace I suppose…we’re all a creative bunch, aren’t we?

I have my project in mind…..trying to keep on track with my UFO Challenge this year, I’ll be working on my Nice People, Nice Things QAYG quilt……I’m halfway there but stalled, for whatever reason…now I’m determined to get it done.   I’m using this challenge as my organiser so I know I’ll be working towards at LEAST 12 finishes this year, but I’ll be getting motivated by the girls over at Sew It’s Finished.   If you’ve got UFO’s that are weighing heavily on your mind, why not join Dawn and I over at Sew It’s Finished.…drop us a line and we’ll add you to the blog.

What will you be working on?  Let me know and sign up below (I’m a poet and I didn’t know it!!! hee hee) so you don’t miss out.  It’s always fun at our Friday Night Soirees.  Don’t forget to blog and share……the more, the merrier!

This plugin requires intervention by this site’s administrator.

On my mind lately –

With the new year upon us, reflecting on our 2015 crafty business, it’s important to always remember:

I mentioned cheesemaking was on the agenda the other day, after we acquired a bucket of fresh cow’s milk that property-owner friends of ours just couldn’t use.

They gave me some simple instructions on how we could make our own cheese and yoghurt, so, with bucket in hand, off home we went to give it a try.  Heating milk to 70 degrees celsius, before adding a cup of apple cider vinegar for curds to separate from the whey…..I must admit, I felt a little like Little Miss Muffet….

Once the curds had separated, they were cut into smaller pieces before pouring through cheesecloth and squeezing tightly to remove all the whey.  Then to give it flavour, we sprinkled with salt to taste…….we were advised to over-salt rather than under-salt as once we added a heavy weight to it, the  excess whey would drag all the salt out of the cheese, which is what we did, and yes…..it worked!

We had to place the cheese  wrapped in the cheesecloth in a colander under a heavy weight to remove any excess whey so it would become a harder rather than softer cheese.  After a couple of hours it was ready and quite tasty….just like the mild cheese you buy at the supermarket in the blocks, only paler.

So very simple…..but the milk HAD to be fresh….not homogenised (in other words, the cream sits beautifully on the top, like in the old days!) as the large cream molecules work best to create the curd.   And believe it or not, we used about 8 litres of milk (because we wanted to try making fresh yoghurt), and this made roughly about half a kilo of cheese.  Next time we might try adding some fresh herbs from the garden.

The leftover milk we added to our yoghurt maker with a few tablespoons of plain yoghurt as a starter, put the lid on and shook to mix.  We added some boiling water to the outer container, then popped the milk container in and added a weight before popping the lid on and leaving overnight.

The next morning, this was my breakfast…….creamy and delicious!

and all this cost next to nothing…..talk about living frugally!  There’s something to say about using what you have…..not only is it really rewarding, it’s comforting knowing exactly where your food is coming from and how it’s been produced.  We’re very blessed to live in this part of the country…that’s for sure!

Have you tried making your own cheese or yoghurt before?  I’d love to hear what you did!

Despite not celebrating Thanksgiving here in the Southern Hemisphere, I recognise there is so much to be thankful for:  Friends, faith, family, fellowship, food….. not necessarily in that order…. and the list goes on – health, wellbeing, having a job, running water, a roof over our heads, a safe haven, furbabies……..etc etc etc!    Being thankful is not defined by residential address……May you have a very happy Thanksgiving celebration, wherever you are.  I’m thankful for you!

A former teacher, I now spend my days designing, stitching and blogging. Tropical North Queensland (in a sugarcane district) is home, and as far as we're concerned, it's paradise!

Please DO NOT copy my photos, text or ideas without my given permission. Patterns and ideas remain my property and are not to be taken, copied for sale or posted on the Internet. I am very approachable and do not bite.....ask me please.

Thankyou for respecting my rights.

Join us on the third Friday of the month. Our next virtual sew-in is January 22nd The last one for the year! Dont miss out - See you then! 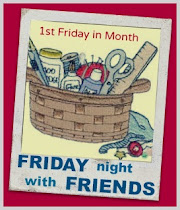 another one on February 5th 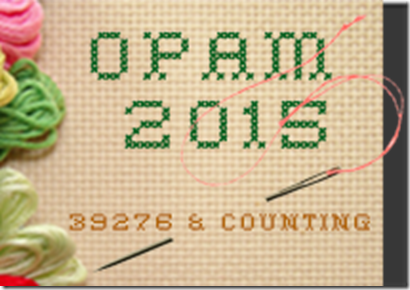 My Family from WiddlyTinks.com